If you love a great mystery like I do, then your collection is not complete without this work! Especially if you have an open and inquisitive mind.

Do you have a proclivity for adventure? Do you enjoy travel, exploration, and the sciences? Then indulge yourself with the amazing research of Dr. Derek Cunningham in this fascinating book which not only reveals, but also ties together the cutting-edge technologies, as well as the historically significant locations of the ancient world.

Having visited some of the ancient wonders of the world myself... like the Greek Island of Santorini where one theory has it as the lost island of Atlantis, like the megalithic standing stone alignments, dolmens, and menhirs of France and Great Britain, and like having visited the Château Royal d'Amboise of French King François 1st who gifted his nearby Château de Clos-Lucé to Leonardo da Vinci (where this renaissance man of singular genius lived and worked from 1516 until his death on May 2, 1519) asking nothing in return but the pleasure of listening to Leonardo converse ...this book struck a special chord with me!

Astronomy was the equivalent of the 21st century GPS for the ancient traveler. Mythology to the ancients in all its globally disparate forms was tantamount to our modern history and cultural anthropology. Dr. Cunningham has investigated the diverse clues that remain from ancient civilizations, and through the application of the scientific method proposes an iconoclastic solution to one of the most intriguing, but least understood mysteries of our species; the origins of human civilization-- and conveys it in a delightfully entertaining manner!

A click on the Amazon link will allow you to purchase this book directly from the vendor.

Posted by Lorcàn at 4:02 AM No comments:

Harley Does Right by Chairman

Vehicle City Harley-Davidson made right by their kilt-clad customer-- long-standing Clan Cunningham Chairman, Larry Augsbury, following an accident that occured during a test ride after minor routine maintenance service was performed on his bike; reducing it to a mere assemblage of spare parts and scrap metal!

How Safe's Your Harley at a Dealership?


Ever wonder what would happen to you and your valued bike if you left it with Vehicle City Harley-Davidson for service - or any other Harley-Davidson Dealership - and during a test ride by one of their employees it was involved in an accident in which the damage done to it rendered it a total loss according to insurance claims procedures? 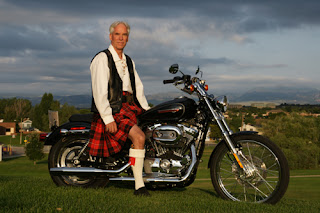 My bike, shown at right, was totaled on 12/12/12 while on a test ride by a service technician of Vehicle City Harley-Davidson. See what kind of customer satisfaction Harley owners receive under these unfortunate circumstances by visiting the Bizscoop web site for all the details.
Posted by Lorcàn at 1:40 PM No comments:

TURN OF THE TIDE Book Review﻿

This book published in November 2012, is a masterful achievement in historical fiction that flows not unlike a Scottish burn, with all the undercurrents, subtleties, and smoothness of the finest single malt scotch. And like a wee dram of Laphroig 15 - which the connoisseur does not merely drink, but rather savors as an experience - so is one captivated by the storytelling and intrigue of this novel.

Posted by Lorcàn at 7:57 AM No comments:

New Forum Topics
Three new forum categories History, Origins, and Newsletter Articles have just been added to our Members Only FORUM for discussion amongst our international membership accessible at http://www.clancunningham.us/members/login.jsp.

Current topics under discussion include:

This ground-breaking research is made public for the first time by Dr. Derek Cunningham which unlocks the mystery of the origins of Clan Cunningham previously relegated to myth and legend!

This first installment is just the tip of the Unicorn horn as the author reveals over the next year or two - exclusively through newsletter and web site publications of The Clan Cunningham Society - the missing links in the history and legacy of the Cunningham name! These publications are protected from plagarism and pirating infringement by copyright © 2010 Clan Cunningham Society of America, Inc., All Rights Reserved. (No part of these publications may be reproduced, stored in a retrieval system, or transmitted by any means electronic or mechanical, including photocopying and recording, for any Personal, Public, Nonprofit, or Commercial use without the expressed written permission of Larry A. Augsbury, High Commissioner & Chairman of the Clan Cunningham Society of America, Inc., or likewise from its author and CCSA member, Dr. Derek Cunningham.)

For more information contact us at Clan Cunningham, or join us in supporting Clan Cunningham with a membership to our society.
Posted by Lorcàn at 1:44 PM No comments: 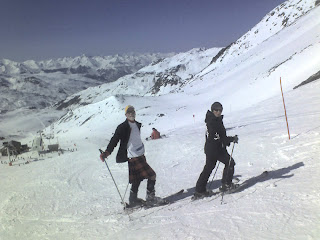 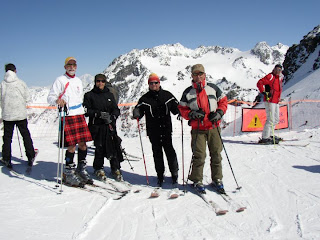 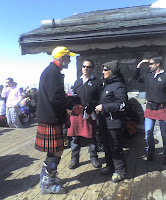 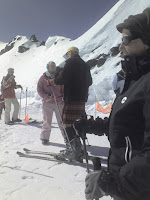 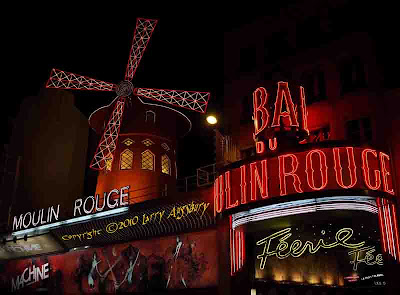 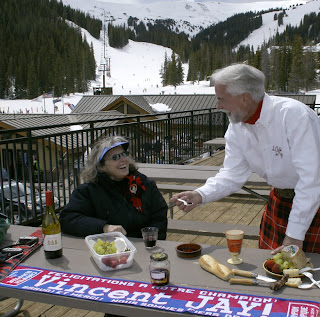 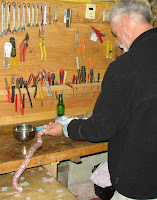 raspberries in genuine homemade Savoyard eau de vie with all the French accessories, of course!
If you have an image of your Tartan Day 2010 celebration, please feel free to submit it for posting here, or send it to webmaster@clancunningham.us for publication consideration in our quarterly international newsletter, "The Communiqué," or on our web site.
Posted by Lorcàn at 10:21 AM No comments: